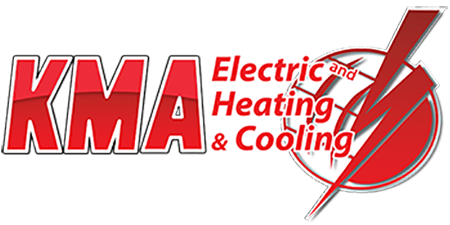 Rated 4.4 out of 5 stars based on 8 customer reviews

Steve is very know and efficient

Horrible! Will never use again nor recommend to anyone!

Horrible! Will never call them again nor recommend to anyone! Thankfully, I saw the scam coming and didn’t use their services. In the process of installing a new propane tank for a block building, it was determined that a ground wire needed installed from the furnace to the panel box approx 12 ft away. KMA was contacted to install this copper wire. First problem, Tech showed up hours late for appointment. Secondly, instead of concentrating on requested repair, he commented that the panel box needed an update. For 20 minutes we stood in a freezing building while he tapped on some hand held device quoting prices for three different “quality” panel boxes and the benefits of buying a yearly service contract through the company. The box did need replaced but I had made arrangements with a different company for this service. By the time I finally pressed the tech about the cost of replacing the ground wire, I was given a ridiculous price. When told price was too high, he negotiated to reduce the price $300. After a couple hours and explaining that I would not do repairs at the prices he quoted, the tech mentioned that I owed him $89 for his service call. I don’t believe this tech had any intentions on doing this repair unless I would pay his ridiculous prices and the $89 check certainly covered his gas and a waste of my time. The repair was made and approved by the propane company for less than 10% of KMA’s estimated. Later, I received a printed estimate to replace panel box and run ground wire that were completely different then what I was quoted by the tech at the service call. After my complaint to KMA, the owner called swearing the quote sent to me was the same dollar amount quoted I received at the service call. I told him the quotes that I was given were much higher than the quote sent. After many attempts to justify this ridiculous amount to run a ground wire, I reminded him that estimated cost of parts to do the job were less than $100 and was told that he was not selling parts! This was my first and only experience with this company and I would not ever consider using them again.

I was very satisfied with the value and service

Steve did a great job

We were very please with the service.

Dustin was very efficient and clear in explaining options

We had a new furnace and Central Air install with guests arriving that afternoon. A big job without a time crunch. Jason jumped in and got it done. The install was clean and without surprises. Very grateful.

I was very satisfied with the work.