We're On Time You'll See Or The Repair Is Free 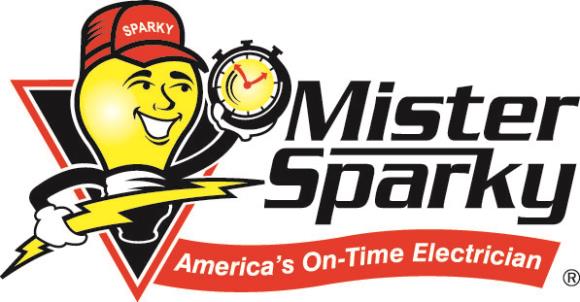 Yamer explained everything very well and did quality work on the lighting for our master bathroom!

Jamer arrived a few minutes before he was expected. He very professionally asked if I had any questions before he got started. I did and we sat at the kitchen table and he proceeded to answer all of my questions. Finally I asked why the cost was a little lower than the originallamb prepared by Jiuver. He had corrected an item for field supplies. I signed the contract and Jamer proceeded to remove the damaged electrical panel. Having worked as a licensed journeyman electrician over 60 years ago before becoming an electrical engineer, I was fascinated with the new tools and techniques but was mostly impressed with not only how quickly the old panel came out but how Jamer handled the “bumps in the road” when installing the new panel. He couldn’t have been more focused yet cordial and likable. After powering up, Jamer installed the surge protection and explained it to me. Then he identified and labeled all of the circuits and did an impeccable job of cleaning up. From arrival to departure was less than five hours which I wouldn’t have thought possible. Both my wife and I are so pleased with getting our A/C and hot water back and getting to meet such a gifted young man in the process.

Jiuver was very punctual, a minute early! He got right to the task and opened the cover of the circuit panel. He showed me that the circuit breaker could not be replaced because these circuit breakers are no longer available as they had been the cause of many fires and subsequent law suits putting the company out of business. My water heater and A/C breakers are severely charred after nearly 30 years of overheating. My less than a year old hot water heater had been providing spotty hot water for over a week and sometimes none at all unless I reset the double 30 amp breaker. At no time did the breaker actually trip. The second contract service rep who actually isolated the problem to the breakers said that he was going to recommend to his management that they replace the breakers when they replace the hot water heater, this and other potential problems would be averted in a building complex with several hundred of these electrical panels in use. Jiuver proceeded to prepare three proposals for me which included all costs including city permits. The one that interests me most includes all-condo voltage spike protection for even major appliances. I wasn’t even aware that this technology was available and can readily see the benefit. Also, even though a new panel is much more expensive than I was expecting, a really nice benefit is that the circuit labeling will be correct. The preprinted descriptions do not represent what the actual circuits are. My attempts to get the condo wiring diagrams from the condo engineer and the city building department have not yet been fruitful. Since we are in an emergency situation with no hot water and a possibility of no A/C I would have liked Jiuver to start right away, but since I have an electrical contract I need to find out what that means first thing Monday morning and then will make a decision.

Carlos was very professional. He was very thorough with his work. He was patient with my questions & concerns. He made sure I understood what he was doing & explained things so I knew what to expect. He was polite & cleaned up the debris. Would certainly request him to take care of my next electrical project.

Very professional excellent customer service recommend them to everyone

Working on diagnosis and troubleshooting

I arrived at the property to complete previously estimated work. I met our safety advisor on site to discuss the scope of work to be performed. I then completed the following task. I replaced the existing 32 space 150 amp main lug panel along with updating the grounding system and installing a surge protector in the main electrical panel and a secondary Surge protection unit for the AC compressor. After completing those task I restore power back to the property and labeled electrical panel according to the circuits that was terminated in the panel. Thank you for your business and for choosing Mr. Sparky take care and have a great day