Service was timely in reference to my call. All avenues to unclog a backed up toliet that also flowed into an abutting shower were addressed. When Josh was unable to directly repair it, he called for his field supervisor, Michael, and shortly after that the clog was cleared. Both Michael and Josh gave me an assessment of what the cause of the clog was, what was done to clear it and what further action we could take to prevent further clogs with the toliet itself and with the line in the future, should that happen. Arturo cleaned the floor of the bathroom but not the shower pan, which I cleaned after all left. I have used your company in the past and will do so again in the future. Jim Merle

DID NOT FIX THE WHOLE PROBLEM

Hello, I called you out because my bath tub was not draining and was filling up with water. He told me the tub plug was rotted and needed to be replace along with a 12" piece of pipe behind the tub. I had asked him to snake my tub and the shower in the next room because they share the same pipes. He said if it is not broken, don't fix it. I paid him almost $600 dollars and he left. My tub still fills up with water and drains super slow. Not happy at all....

Hugo showed up on time as expected, made the repairs and tested it all out.

Prompt, timely response on Saturday. Professional and excellent repair to restore our A/C to normal service on a hot and muggy day. We are very pleased and grateful to Mike Diamond and in particular to Cory.

John was so helpful and explained everything to me so I understood what can happen to a drain and how to avoid any problems, He was so concerned that everything he did was left clean (better than when he got here!) You can tell he takes great pride in his profession. 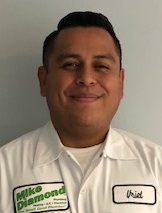 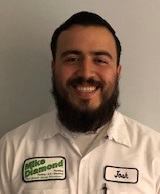 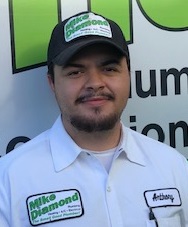 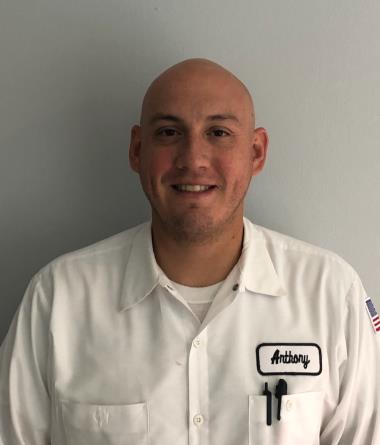