As usual - Great job Larry. Thank you for your efforts..

As always, Larry was pleasant and a real professional.

Had an issue with the furnace spewing water. Called Thursday night and had a service call Friday morning.

I've been meaning to get to this for almost 2 weeks now. So, here goes... Just over 2 weeks ago, I had to hit the reset button on our oil burning boiler at least three times to get it to start up and heat our house. This past Monday, January 13, 2019, after the third time, and then a fourth, it would only stay on for about a minute - not good when the outside temperature is 16 degrees! Certainly, during this time of the year, I'm sure calls for emergency repairs on heating systems are through the roof. As a side note, I had some plans to go away to Florida at the end of the week for a few days. Because my heating system is probably over 40 years old, I needed to get this issue taken care of and not have to worry about it going out again while I was away. I never had my pipes freeze before and I didn't want this to be the first time. Having made several calls over about an hour and only getting answering machines, I finally got a live response with Keisha (spelling?) at Skylands. After explaining my situation to her, she then told me what their hourly rates were. It was a bit high in my opinion - and I believe these were their regular rates. I was then told that Larry was in our area and could be here shortly. As it was starting to get a bit chilly in the house, and nobody else had gotten back to me at this point, I asked if they would stop by. Sure enough, within about 30 minutes, I got a call from Larry who said he would be over shortly. Indeed, he did stop by - probably about 30 minutes later. Normally, when someone stops by to help service something, I tend to keep the conversations short - I explain what the problem is, then step away so they can do their work uninterrupted. In this case, perhaps because I was a little wound up by this particular experience, I found myself engaging with Larry a little more than usual. As we chatted a little bit about what was going on, I can honestly say that Larry had a very pleasant demeanor. As he began his work, it was obvious that Larry had quite a bit of experience as well. He clearly pointed out the problems and explained honestly and clearly what needed to be done to fix them. In my case, having an oil burner, I needed a couple new electrodes, nozzle, filter, and a good cleaning. When he was done, the burner fired up right away and stayed on - like it should. For the next few days, everything seemed to be back to normal. At the end of the week, I went on my Florida trip. While the thought of the burner going out again did cross my mind, I'm happy to say I came back a few days later to no issues. The burner keeps firing up like it should - quietly and reliably. Well done.

larry has been our service rep for several years now and always gives great service!

Larry has always been very professional and efficient during his visits. We feel completely confident with his service.

Larry contacted us about 30 minutes before arrival with ETA. Well within the scheduled appointment time. He was very thorough in his work on our heating system. He helped resolve an issue with heating in one section of the house, and provided guidance on how to resolve in the future.

Larry was on site promptly and completed our Annual Service quickly and efficiently. We are very happy with him.

Larry has been servicing my heating system for a number of years now. His work is always top notch and thorough. 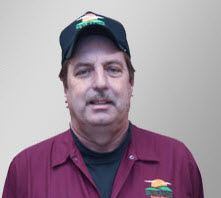