Rated 5.0 out of 5 stars based on 7 customer reviews

The best Builder for your project!

I am so happy I found this company.. After interviewing several companies for our home renovation and addition project, we felt the most comfortable and confident that Simplified Construction was the company for the job. Outstanding results. We have worked with several companies in the past for various home projects and one new home build. Our past experiences have been all but pleasant. This was a completely different experience, very professional.

Experts in this field, Excellent Communication

We hired Simplified Construction to complete a historic gut renovation and addition to our home. The crew was very experienced and did an outstanding job for us. Material supply issues due to Covid caused a few delays but that was out of their control, they communicated with us well thru out the process. We highly recommend Simplified Construction to handle any major projects you have.

With a very tight deadline, Craig and his demo team, drywall team and licensed electricians did a great job for our new office space to take down walls and move outlets and electrical to open up our floor plan for our growing business. All of the team members were polite, professional and not to mention competent in how the project was started and finished. Thanks Simplified Construction. We are excited for 2018!!

Simplified Construction completed a whole house renovation and garage addition. The finish product far exceeded what we imagined it would be.

We are very happy to have chosen Simplified Construction to rescue our home renovation project. We solicited bid from 7 contractors, our lowest bid was $280K and the highest was $330K. Simplified was closer to the high side at the time of initial bidding so we went with a lower bidding contractor as we were trying to watch our budget. Well, 10 weeks into the project we had to fire the original contractor for multiple reason, so we called again to solicit bids from contractors to pick up, repair and complete the mess the first contractor made. We met with Craig from Simplified Construction who was very knowledgeable and we felt after meeting with all the other contractors that Craig was the most honest and genuine. His approach to the project just made the most sense. Simplified completed the project over the course of about 9 weeks. We are excited about the finished product. In the end we realized not to go with a lower bid, go with your gut feeling of who is the most competent to complete the project.

Complete house renovation completed on time and under budget!

Fantastic job by Craig and his team...very good communication and follow through

Meeting with client for a new commercial fit up.

Finishing up pool installation on this new home build

Demolition day on a Historic house in downtown Wendell 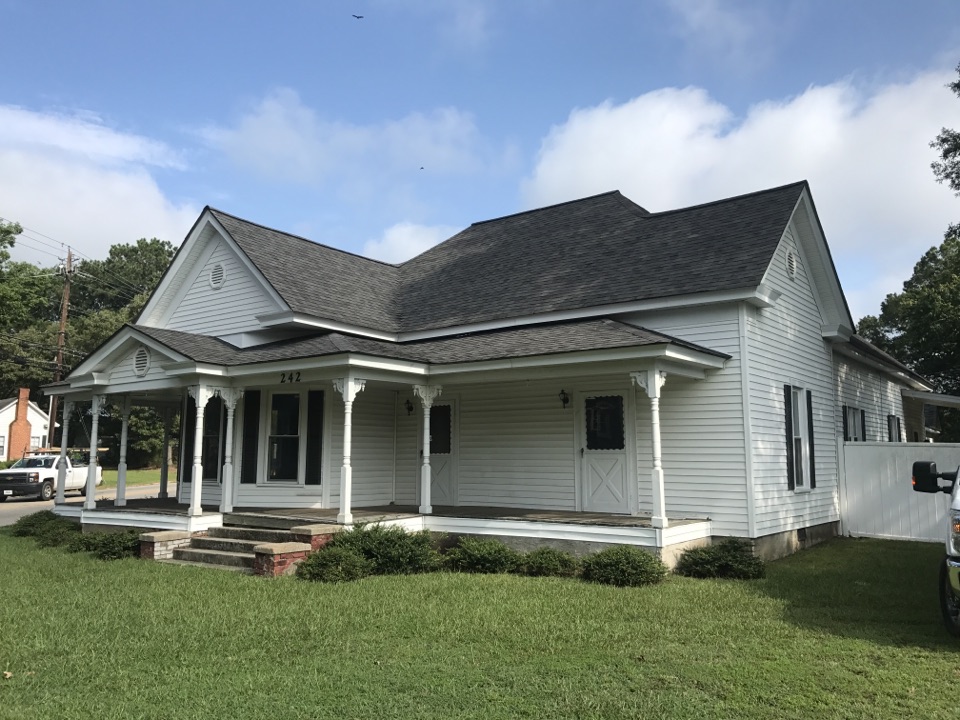