Upon arrival to the home customer stated that they were having some issues with the washing machine I would like a price on getting that pipe replaced, after taking a look at everything in the home I did find that the customer had cast-iron pipe throughout the house as well as copper piping after talking with the homeowners they asked me to provide them quotes for the replacement of the copper pipe and cast-iron as well as just getting them a quote for the issue that they called about after providing upfront price is an option for the customer they chose to go with talking with their bank USAA about doing a loan through them to get a cheaper interest rate once they talk to them they will be giving us a call back to let us know which option they have chosen to go with I did send these estimates to the customer via email

On my initial visit on September 13th, 2022, I was made aware of how ceiling fell down into the living room. The tenants noticed this and were unsure of the cause and reasoning behind this. While evaluating the full bathroom directly above the living room, I noticed a few issues. First, was that the shower valve was constantly dripping, next was that the toilet was constantly running. While inspecting the bathroom further, I did notice the tub drain was leaking, this was evident in a video I took on the initial visit. The drain has allowed water to escape, thus creating the water stain on the ceiling. While looking through the access panel behind the shower valve, no leaks were observed on the water line supplies to the valve. After getting a good idea of the extent of work that should be performed, I gave several estimates that would resolve these issues. Since the homeowner was unable to meet in person at the property, we would move forward by communicating via phone calls, and text

Replace Leaking Brass Waste and Overflow on Tub, and Tie into ABS Trap Underneath, Ceiling May need to be Removed to Access Drains. Replace Fill Valve in Toilet Upstairs to Stop it Continuously Running Does Not Include Additional Warranty After arriving to the home, I made the tenants aware that I would be replacing the waste and overflow, and fill valve in the upstairs full bathroom. I began by replacing the fill valve, I used the emergency stop for the toilet to isolate the toilet, and to change the fill valve. After replacement, I eased the water back to the toilet and adjusted the float to stop at the designated point marked on the flush valve. The toilet was not running after the fill valve replacement, and flushed and functioned well. I then started to disassemble the waste and overflow. I also needed to gain access from underneath to replace the brass waste and overflow. I removed the male adapter on the prexisting ABS to allow for space for the PVC waste and overflow. At this

On today’s visit the customer made me aware that they again were experiencing a whole home blockage so I removed the clean out cap out in front of the home to find standing water and confirm the blockage. I ran my 75 foot auger all the way out and was able to clear the blockage successfully. We tested by running multiple fixtures in the home as well as a water hose down the clean out to ensure it was draining properly. After the drain was clear as a courtesy I ran the camera down the drain lines and have recorded footage.The camera footage revealed that their dreams are in perfect working order made of PVC and consist of no bellies cracks or breaks. Although once I got into the city tap area where the camera becomes dark I did find a little standing water and I recommend that the customer contact the city to have it checked out. If this reoccurs I will have to charge the customer on the next visit. Nick pleasants Greensboro,nc

After arriving to the home, the tenants made me aware of how the first floor ceiling had crumbled and how they’ve noticed water staining here since they moved in 3 years ago. A water stain has always existed, but it has never crumbled before. Directly above is a full bathroom, with a tub shower unit. I noticed that the toilet was running continuously, and also that the shower was constantly dripping from the tub spout. The tenants said this has started recently as well. The shower valve is an old three handle shower valve, but I am unsure of the manufacturer. There was access panels behind the shower in place, after I removed these i observed the drains while running water. I noticed water coming from the waste and overflow, and settling on the wood and ceiling below. I gave estimates to resolve these issues, at this time she wants to review the estimates before moving forward with any work. These estimates are good 30 Days.

Upon arrival to the home I completed an inspection of the sewer line, after running the camera down the sewer line which is PVC 4 inch piping I found that there was no obstructions no bellies now cracks in the pipe and that everything was flowing perfectly and as it should, I did inform the homeowner of this when she was happy to hear, there is a clean out next to the foundation of the home that is what I went through upon my inspection, everything is functioning properly and as it should

Austen@burkelycommunities.com This price includes installing 24 customer supplied water meters in each of the apartment complexes apartments, we will begin the job by draining all the water out of the apartment complex and turning off all the electric water heaters before beginning to cut in and install these water meters once the meters are installed the water will be turned back on as well as the water heaters to ensure they are working properly and as they should after everything has been checked and cleaned up and tested the property management will be able to take a look at its water meter to ensure that they can charge for the amount of water that each apartment uses

➖Attempt to clear blockage from outside clean out Upon arrival to the home the homeowner made me aware that they were having an issue with the whole house being stopped up upon further diagnosis I came to the conclusion that the whole house was indeed backed up. I then proceeded to give the homeowner upfront pricing and options to get this issue resolved today. The homeowner decided to have me go ahead and do the work to get the issue resolved. I proceeded by running my drain machine down the main line from an outside clean out until the blockage was cleared. We have scheduled for our drain specialist to come back out and camera the lines on Thursday from 2 to 5 PM. Everything is draining properly at this time. 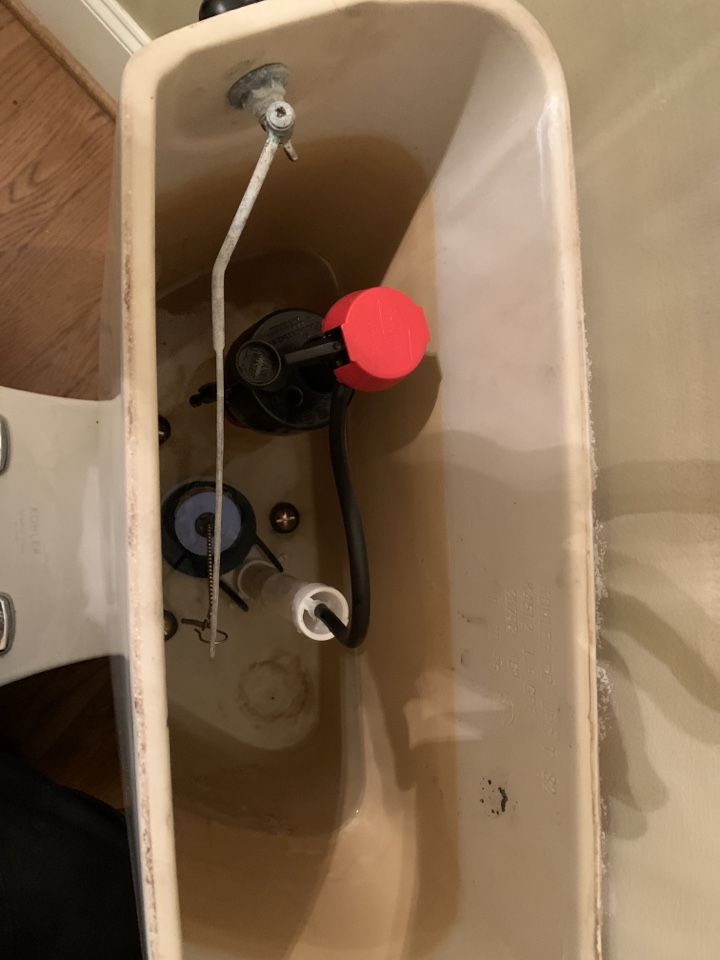