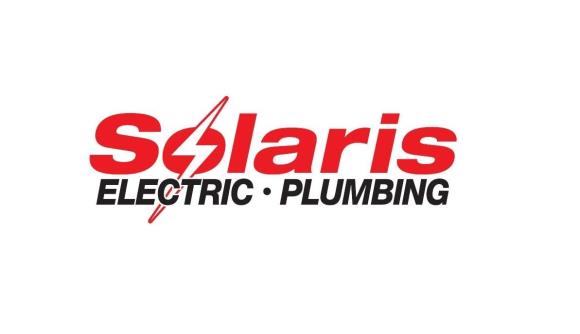 Very good and explained everything.

Having the patience to deal with the company SolarEdge to get the inverter to work was terrible.Jamie kept at them and realize on his own parts was missing.

Excellent Inspection, we are very happy, he could save our life when he find out the electric big case was burn outside, and we refer evething today

The work was done well

I called them for a water heater not working. They barely looked at it before trying to get me to pay over 4k for a new one that would require different breakers and new wiring. At no time during the conversation did they offer trying to find one that didn't require new wiring or even open up the box to make sure the breakers running the old one were ok. Turns out the breakers were loose.

Solaris is amazing, just to let you know.

We had a fire last week Tuesday at our house at 1:30 p.m. My son and I put it out before the fire department arrived. Electrical damage to the side of the house where the fire was. Damaged disconnect boxes for air conditioning units, air conditioner was out. Hot day. I called all these electrical companies in the Orlando area, who are Google advertisers saying emergency services available 24/7 for getting power restored to the house and air conditioning power restored, got a bunch of voicemails and nothing else. Solaris Electric and Plumbing was the only company that actually a real person answered, who was very caring, and took ownership of the situation, and within 40 minutes of the call I had a very well trained technician out, named Edward. They were fantastic. Lifesavers. If it wasn't for them we would have had to stay in a hotel because of the power and air conditioning being out. They got one unit of air conditioning under power and restored power to the rest of the house, not to mention all the food in the two refrigerators and freezers that would have been lost. Great job. And I must add very fair pricing given the emergency nature of the service. It is refreshing to be able to actually get somebody on the phone who cares, It reminds me of what companies are supposed to be. Very impressive. Outstanding company.

This company was very quick to respond and all persons dealt with were professional, listenening to what I requested and advised what could not be completed and why. Very pleasant to deal with.

Our tech, Jaime, was not only on time, he arrived a few minutes early. He was courteous, professional, & explained his efforts in easily understood terms.

Jaime was professional, honest and skilled with the short circuit tracing until he identified the root cause. He also provided me with more than an option and I picked up the convenient one.

Inspection on a 300 A Main panal

Replace one gfci in bathroom and one in kitchen.

Service fee , install replace existing transfromer and everything else is working, not responsible for existing video door bell power is good .

Install 4 lb outside and reconnect the receptacles in patio.

Service fee , found existing jbox that wiring that was lose so I fixed it it and know everything else is working for know.

Troubleshoot outside light is not working. Wire was loose in light outside.