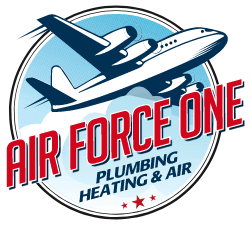 
Jacob Lane did a terrible job on my Spring tune-up. He did not clean anything. He also did not have any filters to give me. The vents were so clogged there’s no way he could have obtained accurate readings. He told me my readings were bad on my 5 ton unit. He said the coil may be leaking. He proposed adding 3 pounds of refrigerant and a dye. It would cost about $500. If there was a leak, a warranted new coil installation would cost $1400 in labor alone. Interestingly, he never mentioned that the dye could seal a small leak. I passed on him doing anything and brought in a new HVAC company. They gave me pictures of both my filthy units, cleaned them both and added 3/4 pound of refrigerant. Having cleaned them, all the readings are exactly where they should be. What the heck I am paying Air Force One for Spring and Fall Maintenance for is beyond me. I feel ripped off. I spoke to the boss and he said if I wanted to replace the unit, it would be about $14,000. The other company said it could be done for under $4,000. I don’t believe it is just Jacob. This unbelievably bad service comes from the top. The company was sold a couple years ago and the service doesn’t seem the same. Cutting corners must be the new name of the game. I am trying to decide which government entity to complain to and where to write my complaint, with pictures online. At a minimum, I’d expect a refund of my annual payment. I’m disgusted.