Rated 5.0 out of 5 stars based on 7 customer reviews

You pay for what you get.

Was able to come earlier than expected. Diagnosed the problem quickly, left to get the parts needed, and came back to finish the job.

Dylan was professional and did a great job. He can on time and finished the job as estimated. He provided great suggestions and options with details of the price for the job. Well done!

Great service. These guys are the best

These are the best guys out there. They provide excellent service.

I had a pipe burst from a feeze, water heater was involved as well. The service men came out when they said they would be here (almost to the minute), they were friendly, professional and most importantly - FIXED THE PROBLEM. I would strongly recommend the company. Prices can be trusted as well. This is coming from someone who won't sugar-coat it!

Found stain on living room ceiling directly below master bath. Ran water from all fixtures but could not recreate leak. Opened ceiling in living room to expose piping and found shower drain to be plumbed incorrectly. Shower had no trap, it was undersized, and pipe was not glued into strainer. Cut out section of joist because shower drain was centered directly over joist and I could not fit a trap. Made a box using 2â€x10â€s to keep structural integrity. Ran new drain line from bottom of shower strainer and added a trap and increased size of pipe to meet code. Ran water for several minutes after completion and there are no leaks. Cleaned all garbage up and everything is in working order at this time. Customer must have Sheetrock repaired.

Tech arrived and met with customer explained that originally she had started to have issues with her toilet, however once the kitchen sink bath tub and lav sink started to gargle and back up she realize that her main sewer line had been clocked. She also explained that the utility company had recently been out here and installed a new pole directly in line with her sewer. Tech confirmed that the clean out behind the fence was in line with the utility pole, however there were no mark outs in the yard for sewer.Tech attempted to snake the line however was unsuccessful in clearing the blockage. Tech then sent the camera down the line to see if he could observe what the blockage was, as well as locate where the camera head was stopping. Tech had located the camera head underground behind the telephone pole. Approximate depth as per the locator is 5 to 6 feet.

Tech arrived and was shown to downstairs, bathroom by customers. They had explained that the shower was dripping from the handle as well as the tub spout. They had gone online however they had found that being that the shower body was Wolverine brass they were unable to find parts. Technician attempted to disassemble the valve body, however due to age and build up of minerals tech was unable to disassemble the valve body. Tech discussed options of continuing on with attempt to repair, or installation of a new Moen Posi temp single handle valve body. Customers authorized a Moen valve body to be installed. Tech turned off water to the house, drained down house, cut piping for new valve body to be installed. New valve body was installed water was restored and all piping was inspected for leaks, once system was determined leak free, Tub spout as well as showerhead were installed and sealed where they meet the wall. At this time there are no issues and the fixture is operating properly.

Technician arrived and was shown to upstairs common bathroom by customer. Customer explained that drain had been backing up after slight use, showed technician that the drain would work momentarily before backing up. She explained that she had used Drano however it would not work and the line was still plugged up, noting that this drain would back up every six months or so. Technician explained possibilities however would not be able to determine the exact Caused until disassembling the trap and clearing the blockage. Tech was authorized to complete the work, once Trapboy stepped assembled a major Widing off scale and hair were found in the trap and on the tailpiece. Line was then snaked ensuring That blockage was cleared. Trap was reassembled and tested to ensure that it was properly flowing, and no leaks are present at this time. Tech explained to customer the negative affects of Drano and pointed out to her deterioration of the pop up assembly, offered to replace pop up assembly how

Tech arrived and the customer explained that while using the toilet over the past week he heard a crack and noticed a leak starting to form in the basement. Technician observed that there had been no washers on the Johnny bolts rendering them useless. Tech moved the ceiling tile to see where the leak has been coming from, the watermark had formed directly under the toilet.Tech explain to the customer his findings and that the toilet needed to be pulled in order to further clarify the problem. Technician was given authorization and pulled the toilet and found that the flange was to low in the floor, causing the wax seal to fail. tech offered options to the customer, and was authorized to make the flange repair. Tech raised the flange and reset the toilet before testing to ensure that there was no longer a leak and the toilet was functioning properly.

Replace electrical component transformer with new. Transformer not sending voltage to board so to further diagnose need to replace transformer.

Customer complaint of noise during normal use of fixtures around the house. So while waiting for company to arrive customer adjusted PRV valve down to help reduce the noise. Technician confirmed that the noise had been coming from PRV valve. Customer explained that this had happened in the past and over a period of six years the PRV valve had to be replaced. Being that it was six years from last replacement technician installed a new PRV valve . Tech confirmed that there were no leaks coming from the new PRV valve or meter. Water was restored to the house and outside showed that the house was set to approximately 50 psi (customer supplied WATTs pressure gauge confirmed). Numerous fixtures had been tested sure that there was no longer a noise present coming from the waterlines. Card authorization # 00183P

99.99 will be taken off if goes forward with new unit

Replace attic fan with new and also new thermostat. Old attic fan was making a lot of noise and homeowner disconnected the neutral on high voltage to get motor to stop. 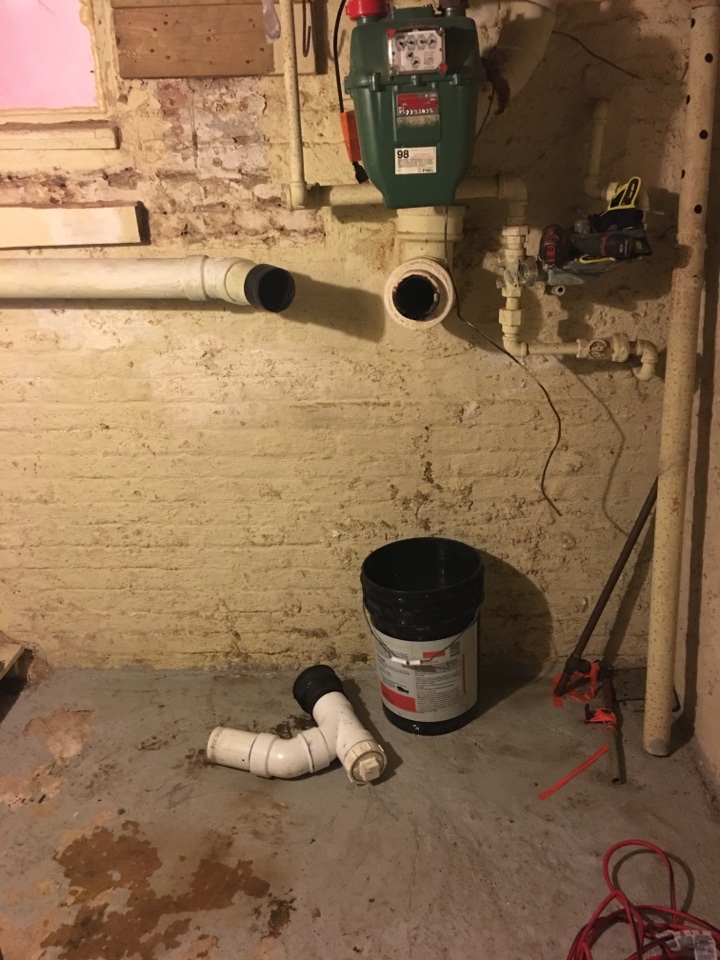 Here it is folks 1 day endless hot water isn't it beautiful. Navien tankless hwh. And look at the space you save gotta love that 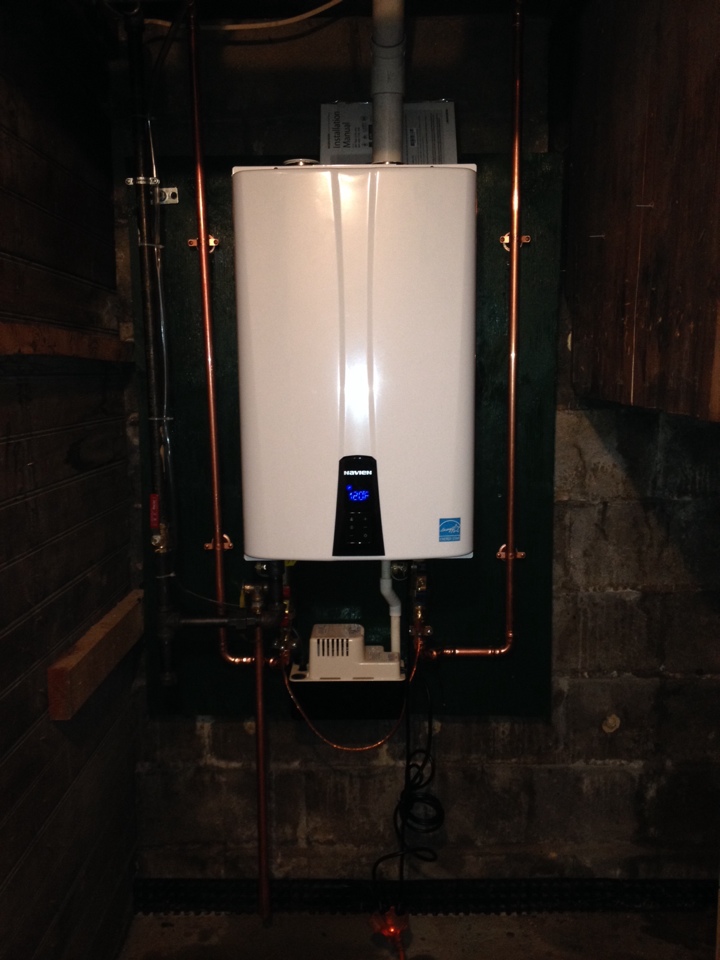