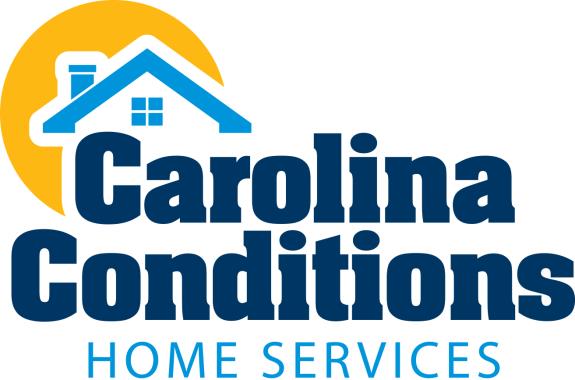 Brian Keller assessed, priced, and did an EXCELLENT JOB in repairing 3 plumbing problems that required knowledge and creativity in my almost 100 year old house! There is more to do when my budget allows, and I’ll have no hesitation to call on Brian at Carolina Conditions. Good work was also rendered by assistant Ben Goodwill. They were a great team who worked well together with good humor as well as diligence on a difficult all day job!

Very thorough inspection of our home. I am looking forward to reading his proposal.

Exceptional service in every way. Came out earlier than expected. Very polite, knowledgeable and efficient. He made a thorough investigation of the pr

Exceptional service. Earlier than expected. Extremely polite and knowledgeable. Came up with several game plans and let me choose which one. I very pleased with this experience. Tyler Bouton is someone I plan to use again and I’ll recommend him to my friends.

Mike was great. Friendly and professional.

First a word about Courtney Varn, the technician that resolved our problem. He was prompt, courteous, seemed knowledgeable, pleasant and he laughed at my jokes which speaks volumes for the extent of his patience! We have been having an issue with lent back-up and condensation in our cloths dryer vent. He went straight to the source of the problem, remedied it (we hope); he worked quickly and did not leave a mess. All in all, Courtney was very professional. Now the only source of disappointment. Carolina Conditions has been out twice over the past 2 years as we have experienced similar issues and each time the technician (not Courtney) would clean out the vent pipe submit a report, complete with pictures. And the problem would go away for about six or eight months only to return worse than the time before. The fact that the previous technician failed completely to correctly diagnose and fix the problem not once but twice is somewhat disconcerting. However, not only did Courtney zero in on the source of the problem very quickly but was willing to get up on our roof to fix it (not an easy task to accomplish). The previous technician completely missed it or was not willing to do what it would take fix it. In short, I would recommend Carolina Condition for any issues you may have with your dryer vent. But ask for Courtney Varn.

The service tech Kevin was awesome! I RATE HIS SERVICE AS EXCELLENT!! He diagnosed the problem with my blower motor, tried without luck to jumpstart it so I would have a/c over the weekend, and returned on Tuesday to install the new motor. He was very professional, courteous and helpful — just what you need when you’re hot and bothered. Now for the problems. When I arrived home Thursday afternoon to find my a/c not working, I called CC. I thought my service agreement would give me priority, but I was told there wasn’t an opening until after 5:00 on Friday, or they could schedule me on Monday. When temperatures are 95+ and your a/c is out, that should be a priority. I took the Friday appointment, but of course it was too late by then to have a new part available by Monday. CC emailed their estimate on Monday which I thought was high ($693) since the motor was still under warranty. I called the office and was told there was no warranty, end of discussion. It was then on me to contact Ruud/Rheem to confirm coverage. CC also told me they had ordered the motor and it would arrive Tuesday. However, they couldn’t schedule me until Wednesday. That’s when I asked to speak with a supervisor (Liz I think), who was sympathetic but more interested in playing defense. Bottom line is CC took care of me on Tuesday after all, and reduced the cost to reflect the warranty claim, which makes me happy. However, there was a lot of unnecessary pain to get there. If you advertise that you give priority to customers with a service agreement, then you need to show it. In addition to having service agreements since 2015, I have spent about $3000 over the past 4 years for other services, all of which I have been happy with. I realize no matter what, I would have been without a/c over the weekend, but an earlier diagnosis on Friday could have possibly saved me a day. I also hate to have to argue for what I think is only reasonable.

Bryan and Brian were very friendly and professional. They explained everything and were cery thorough. They found a problem and quickly repaired it.

Very professional and friendly. Made sure I understood what they were doing and that I was happy with the service. Also quick and efficient.

It was 6 months maintaince for my heating. Mr Gary did an excellent job. He was very professional and completed and checked everything. Also, he explained everything to me. I was very impressed with him

Cody was really professional and speedy. My dryer is working great now!